What Is Geothermal Energy?

Last week, we here at The Mazzei Group wrote about how we were proud to have been chosen to help build Teri’s House, a home for Teri Russo, her children with Down syndrome, as well as a future home for future people with Down syndrome and mental illness to live.

The house will be heated by Geothermal energy.

Many people still do not fully understand what, exactly, Geothermal energy is, nor what it entails.

In it’s simplest form, Geothermal energy means the heat from the Earth. In this case, specifically the hot water found a few miles below the surface.

According to Geothermal Energy World: 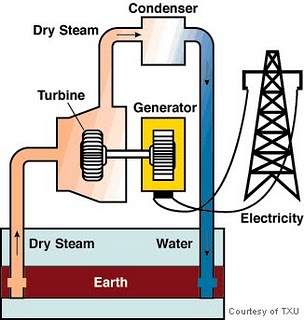 Major Geothermal power plants of today make use of underground reservoirs for the generation of electricity in the more-Western American states. They use the steam from them to power generators, while others use the hot water to boil a working fluid that vaporizes and then turns a turbine to create electricity to power everything from homes and greenhouses to drying crops and pasteurizing milk.

Geothermal energy is a safe and environmentally-conscious alternative to traditional forms of big energy resources such a coal and nuclear power.

With the advent of Teri’s House, The Mazzei Group is proud to be utilizing this great and practical form of renewable energy.