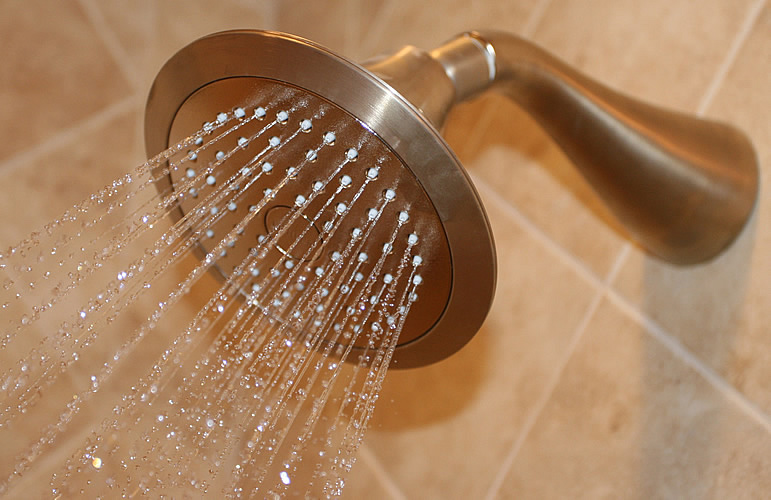 Choosing the right shower head for your bathroom may seem at first like a fairly inconsequential decision. But, in actuality, it is a choice that you and your family will be actively living with for a long while, when you think about it.

As ezinearticles points out:

“Today there’s so much more to the bathroom than the shower, toilet, and basin with many homes now having complete shower rooms and wet rooms. The industry is a burgeoning one with plenty of options to choose from with personal preference is usually being the first criteria applied when shopping for the right shower head.”

First thing’s first, before even spending a dime on anything, make sure the shower head you are hoping to buy is compatible with your shower, as not all heads are. This is due to the varying water pressures needed for specific heads to function.

Today’s modern shower heads are capable of so much more than the old “standard” steady water spray. Many are equipped with adjustable dials that allow for light-to-heavy spray patterns for each discerning family-member’s liking.

Multi-function heads allow for the adjustment of pattern and flow due to a twist design. Double heads provide two robust sprays, and Rose heads allow for, as the gentle name implies, a soft, rain-like release of water from the head.

Fixed shower heads tend to cost more and cannot be moved for occasional redirecting of the water stream.

Hand-held heads tend to be cheaper, but aren’t usually as stylish as the fixed models.

As ezine puts it:

“While [the hand-held] choice isn’t as modern looking or as streamlined in appearance as the fixed option, it does offer great versatility as the shower head can quickly and easily be removed and used for cleaning or rinsing the inside of the shower, the family pet, or even an uncooperative child.”

Need more than just a shower head? Looking to redesign your bathroom? The Mazzei Group can help. Give us an e-mail at: https://mazzeigroup.com/contact/